Malta has a number of clubs that organise Bridge and Buraco card game tournaments throughout the year.

We can organise teaching for those who wish to learn or improve their game, or competitions with local players, together with hotel accommodation, airport transfers and guided excursions. 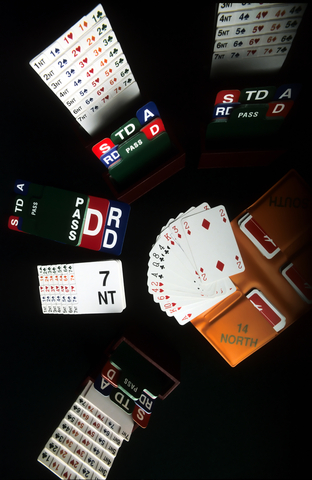 Bridge is a  game using a standard 52 card deck. It is played by four players in two competing partnerships, with partners sitting opposite each other around a table. Millions of people play bridge worldwide in clubs, tournaments, online and with friends at home, making it one of the world’s most popular card games, particularly among senior citizens.

The game consists of several deals, each progressing through four phases: dealing the cards, the auction, playing the hand and scoring the results. Most club and tournament play involves some variant of duplicate bridge, where the cards are not re-dealt on each occasion, the same deal being played by two or more different sets of players to enable comparative scoring.

Buraco is a rummy type card game for four players, or sometimes more, in fixed partnerships in which the aim is to lay down combinations in groups of cards of equal rank and suit sequences, with a bonus for combinations of seven cards or more. Buraco is a variation of Canasta, with apparent characteristics of simplicity and implications that are often unforeseeable and absolutely involving.